Fondital: founded by a single man, it has become a large international group

Silvestro Niboli founded his business at a critical time, after a difficult yet highly "educational" apprenticeship as a migrant worker, and later as a manual labourer, for several different mechanical engineering companies. He managed to have what would be defined as "vision" in contemporary times or, in other words, a bold long-term perspective, in spite of the fact that back then, it was almost impossible to imagine alternatives and room for opportunity in a narrow-minded climate, where survival was what counted foremost, more than the dream for a better world and social condition. But that single man did not stay a lone pioneer for long: Fondital has now become an integrated group of companies operating along the entire production chain that's capable of guaranteeing complete control over its quality and production. After more than forty years of development, Fondital has become a leading industrial group in Italy and many other major European countries, as well as a key player in certain countries in which economic transformation takes place via the construction of new, more modern and comfortable homes. 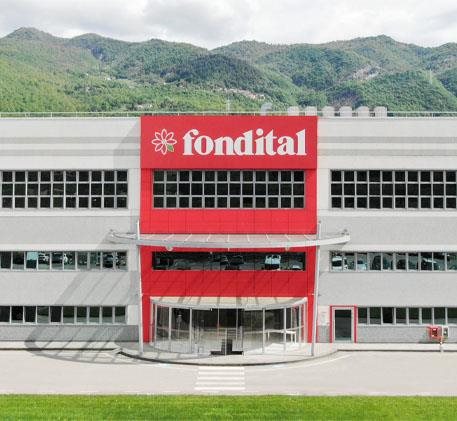 The development of an innovative and dynamic company

Innovation is developed thanks to internal and external interaction

Fondital's first production site was in Vestone, in the Sabbia Valley, one of the most productive valleys in the province of Brescia's industrial history. The company initially produced die-cast aluminium radiators for domestic heating, and quickly expanded to include five different production facilities with a total of 750 employees. Fondital continued to grow, and soon established itself not only as the Sabbia Valley's most important company, but also one of the best known at an international level. This positive market entry encouraged investments, and the company immediately distinguished itself by its focus upon innovation and automation. Thanks to its vast product range and modern production facilities, Fondital quickly expanded and prospered, and even received numerous awards for entrepreneurial merit and product quality.
The new 75,000 sqm production facility, known as Carpeneda 2, was inaugurated in 2009, thus further expanding the company's already large number of operational sites. This structure is home to a production department for manufacturing water heaters and new alternative energy solutions (solar and photovoltaic); the administrative - managerial division; advanced research and development laboratories for developing and testing the durability of new products over time; a warehouse of 35,000 sqm.
Fondital continuously invests in the research and development of new products. This is demonstrated, for example, by the investment of 1 million Euros for the purchase of an environmental chamber for testing its radiators. Working in synergy with the Milan Polytechnic's Department of Energy Engineering, the company expanded its internal R&D laboratory in 2009 by introducing new equipment and broadening the company's know-how, for an overall investment of 3 million Euros, with the goal of increasing system performance, enhancing product reliability, improving safety beyond the market standards, and developing increasingly eco-compatible production processes. All this has resulted in the registration of various Fondital patents, as well as the constant development of new products. The Research and Development department currently employs 27 specialized engineers, who carry on product development full-time.

Fondital is a company  constantly evolving and forward-looking, although it maintains deep roots in its history and its territory.
The company's goals for the near future are a greater customer orientation, to provide appropriate responses to every request (in terms of both products and services), to improve consultancy services, to continue investing in production processes and human resources in order to expand the product lines and register new patents. Fondital is a modern and cutting-edge company, always on the move, thatis never behind in the times, but constantly on the lookout for new challenges to overcome. Itis a company thatis growing and will continue to grow together with the people who work for it every day.

NEW MARKETS
Fondital is continuously expanding its leadership in the domestic heating industry. New markets require levels of professionalism and experience that only a stable and innovative company like Fondital can provide. Turkey, Russia and China are just some of the countries in which Fondital is currently expanding its sales network. 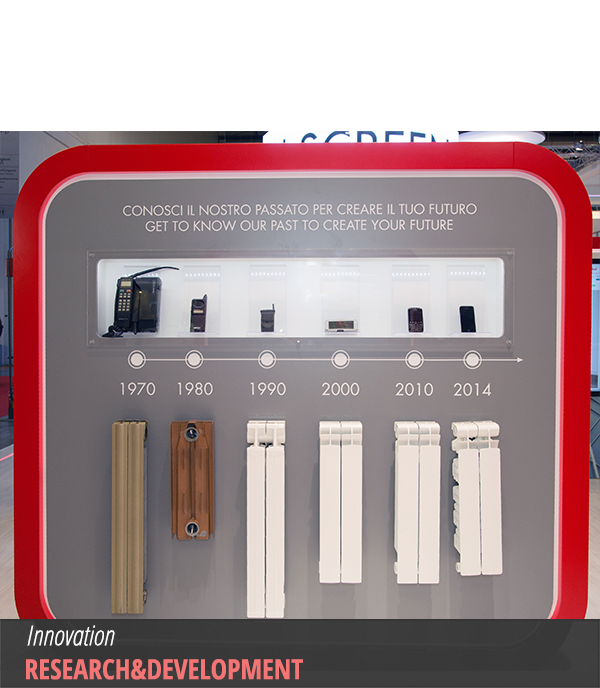 “QUALITY. Quality ISO 9001. We offer a range of products with outstanding quality. Design 100% made in Italy and an R&D division which steadily cooperates with the primary international Universities. The UNI EN ISO 9001 certification issued by DNV confirms Fondital's dedication to quality assurance.”

“INTERNATIONAL SCALE. We are one of the leading suppliers on the market on an international level in the field of heating solutions. Multilingual personnel and representative offices ensure non-stop presence on the global market, as a witness to our "customer-oriented" vision.”

“INNOVATION. We are the leading manufacturer in the world of radiators in die-cast aluminium, and we have to date introduced a remarkable number of innovations and patents which have become milestones in the history of the heating industry.”

“RELIABILITY. We are a reliable marketing partner. Our innovative and high quality products are extremely efficient in terms of energy-savings. Our sales organization enables us to be particularly close to the customer and provides a thorough pre and post sales counselling service. ”

“COMPLETENESS. We offer complete solutions for heating purposes tailored to any personal requirement or need, asserting ourselves as the only supplier of an all-round package. Our products have a unique design and allow their owners to save on energy and costs while being considerate of the environment.”

“ENVIRONMENT AND ENERGY We promote constant improvements in our environmental and energy performance to ensure a high level of protection of the environment and energy resources, with appropriate means and structures, by implementing, applying and maintaining an Environmental and Energy Management System compliant with the requirements of the UNI EN ISO 14001:2015 and ISO 50001:2011 standards”